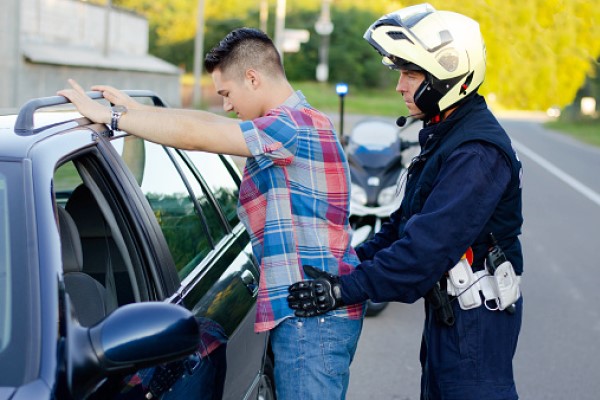 WHAT CONSTITUTES A LEGAL SEARCH & SEIZURE?

In South African law the terms ‘search’ and ‘seizure’ are not clearly defined.

Undoubtedly, the legalization of cannabis use and possession in South Africa will test the current search and seizure laws to the fullest extent.

The consideration of what is a ‘search’ is dealt with while understanding that there is an inevitable physical intrusion in regard to a person or property which is necessary to establish a search. This causes a clash between criminal law principles and the Constitutionally guaranteed rights of every citizen.

It is important to understand that where a word is not defined in a particular piece of legislation that word then bears its ordinary meaning in law and hence in court proceedings.

Various sections of the CPA deal with search and seizures, we touch on a few in this article. It is critical to understand that significant legal principles and case law decisions qualify and/or delineate the black-letter of these sections of the CPA.

Section 23 of the CPA provides for the search of arrested persons and the seizure of articles pursuant to the arrest, but clearly not for any other purpose, reason or event.

In South African law a peace officer may without a warrant effect a search of an arrested person and seize any article found in the possession, custody or control, of the arrested person, which may afford evidence of the commission of an offence of which such person is suspected.

Search of premises (does not necessarily include vehicles, animals, out houses, tents, barns or other separate structures on the land or premises)

Section 24 of the CPA provides for the search of premises.

Any person who is lawfully in charge or occupation of any land and who reasonably suspects that stolen stock or produce, as defined in any law relating to the theft of stock or produce, is on any premises upon that land, or that any article has been placed on such premises or is in the custody or possession of any person upon such premises in contravention of any law relating to intoxicating liquor, dependence-producing drugs, arms and ammunition or explosives, may at any time, if a police official is not readily available, enter such premises with the purpose of searching such premises and any such person thereon, and if any such stock, produce or article is found, he shall take possession thereof and forthwith deliver it to a police official.

State security – Power of the police to enter premises

Section 25 of the CPA empowers a police official to enter premises in connection with state security. This must be treated with caution and circumspection.

If it appears to a magistrate on oath that there are reasonable grounds for believing that the internal security of the Republic or the maintenance of law and order is likely to be endangered by or in consequence of any meeting which has been held or is to be held in or upon any premises within his area of jurisdiction, or that an offence has been or is likely to be committed or that preparations for the commission of any offence are being made or are likely to be made upon any premises within his area of jurisdiction, he may issue a warrant authorizing a police official to enter the premises at any reasonable time for the purposes of carrying out such investigations and taking such steps as such a police official may consider necessary for the preservation of law and order or the prevention of crime.

Entering of premises for purposes of obtaining evidence

Section 26 of the CPA provides for the entering of premises by a police official for the purposes of obtaining evidence.

Search and other affected rights

Since a search may also infringe upon, inter alia, the rights to dignity and to bodily security the search must be conducted in harmony with and with respect for those rights at all times. In terms of section 29 of the CPA the search of a person must be conducted with strict regard to decency and order.

In Ntoyakhe v Minister of Safety and Security 2000 (1) SA 257 the court held that the word ‘seize’ encompasses not only the act of taking possession of an article, but also the subsequent detention thereof (but not indefinite detention thereof), failing which the right to seize would be rendered worthless.

Seizure under or in terms of a search warrant

It is critical to know that in terms of section 21 of the CPA, unless the circumstances set out in section 22, 24 and 25 of the CPA exist, an article may be seized only in terms of a search warrant.

If it appears to a magistrate or justice of the peace that there are grounds for believing that such an article is in the possession or under the control of a person or upon any premises, and such information is provided to him or her under oath, a search warrant may be issued. In order for the search to be lawful, the premises to be searched must be clearly and properly identified in the warrant.

A search warrant must be executed during daylight hours unless the police official is specifically authorized therein to execute it at night.

Objective grounds for the search must exist.

The protection against an unjustified interferences with citizens’ right to privacy and other fundamental rights include prior judicial authorization and an objective standard, that is whether there are reasonable grounds (also known as reasonable suspicion or reasonable belief) to believe or suspect based on information obtained under oath that an offence has been or is likely to be committed, that the articles sought or seized may provide evidence of the commission of the offence and that the articles are likely to be on the premises to be searched.[1]

The essence of reasonable grounds is that such grounds or beliefs must be objective and reviewable by a court of law. Reasonable suspicion can be obtained through the utilization of the human senses of a police official in the course of duty.

A police official may without a search warrant search any person or container or premises for the purpose of seizing any article referred to in section 20:

Undoubtedly, the legalization of cannabis use and possession in South Africa will test the above laws to the fullest extent.

[1]       In Rajah v Chairperson: North West Gambling Board 2006 3 All SA 172 (T) 394 the high court held that for a search and seizure to be valid in terms of s 21 of the Criminal Procedure Act, “a warrant may only be issued by a magistrate or judicial officer where it appears from information on oath that there are reasonable grounds for believing that an article is in possession or under the control of or at a premises within the area of jurisdiction of that particular officer”… further that the high court had a wide discretion to interfere with the magistrate’s decision if the court a quo had not applied its mind to the matter.”